« Back to Case Studies

Concorde was the world’s first supersonic passenger airliner and holds the record for the fastest crossing of the Atlantic Ocean by a commercial aircraft, a record that was set in 1996.

The fastest transatlantic airline flight took just under 2 hours and 53 minutes.  The record was set on 7 February 1996 by a British Airways Concorde, travelling from New York JFK to London Heathrow.

Systems engineering and modular design skills can be used to create a simple design of this iconic aircraft.  Try the following:

Unfortunately, the Tu-144 was grounded in 1978 after only 7 months – a fatal accident in May 1978 meant that Tupolev Tu-144 was never again used for passenger services.  However, Concorde went on to fly supersonic services for 27 years (1976 to 2003) and has become an icon of international supersonic aviation that has yet to be surpassed.

Concorde was the result of an Anglo French collaboration and designed by two teams using common part numbers but different measuring systems – the British used feet and inches while the French worked in metric!  Twenty aircraft were built on two production lines, one in Bristol, UK and the other in Toulouse, France.

Here’s an example system diagram – your output from the Product Designer tool should look similar to this! 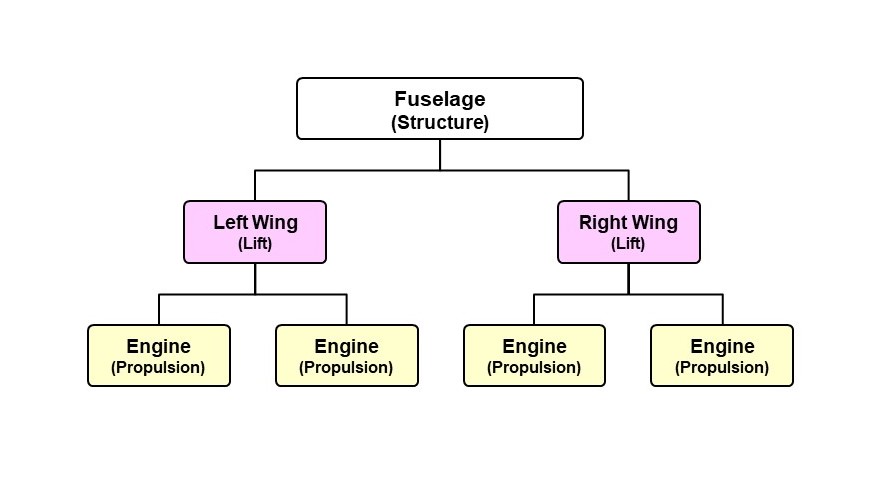